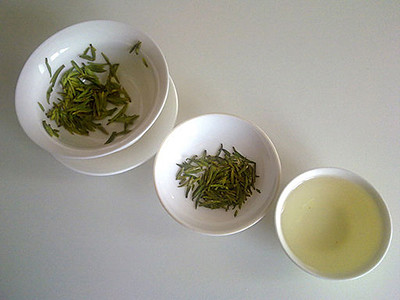 There’s been lots of health-hype lately surrounding the benefits of green tea. I’m certain you’ve heard it, too. Have you ever wondered: “Is it really worth my while to drink tea of the green variety?” Stick around and decide for yourself.

A rich source of anti-oxidants:
What are anti-oxidants? Anti-oxidants neutralize “free radicals” or unstable molecules in the body that can eventually become unfriendly and wreak havoc on the cells. Free radical damage can cause everything from sun damage to hardening of the arteries. Green tea will help you bulk up on the anti-oxidant warriors that help to both lower cholesterol and reduce the risk of heart disease by controlling blood pressure.

Cancer prevention:
Green tea has been shown to lower rates of cancer in Asian populations. The cancers studied and which have been recorded include: bladder, colon, esophagus, pancreas, rectal and stomach. New evidence suggests green tea may also help prevent prostate cancer, as well.

Help with arthritis:
Studies also suggest there is possible anti-inflammatory and arthritis preventing effects in green tea although, I’ll admit, solid scientific evidence was difficult to come by. By simple suggestion, I’ll give green tea an A for effort in the arthritis category.

Liver protection:
Green tea has been proven to protect liver cells by stimulating the immune system. Green tea protects the liver by warding off toxins such as alcohol and cigarette smoke.

Teeth protection:
Green tea has been thought to promote oral health (although scientific proof was difficult to come by here, too). Green tea is supposed to work against bacteria, protecting teeth from cavities.

Weight loss:
Here’s another benefit that will raise many an eyebrow. Several sources I found claimed that green tea may actually help to stimulate weight loss. Yes! Green tea contains polyphenols (molecule compounds) that actually help the body to burn weight and regulate both blood sugar and insulin levels.

What’s the bad news?
The only negative side effect I’ve found is the simple recorded cases of insomnia due to naturally occurring caffeine in green tea. It looks like there’s only 30-60mg in 6-8 ounces of tea, however. That’s less than half the caffeine content of coffee which weighs in at 90 mg. per 8 ounce cup.

Other FAQ’s About Green Tea:

How much green tea is enough to reap the benefits?
No one seems to be too sure about the answer to this question, either. Let’s be realistic – most people could easily drink 3-4 cups of green tea daily. This is a good round number and one that I came up with based on its frequency in the research studied. A suggestion: why not try replacing your usual cup of coffee with a clean dose of health?

Where to get a good cup of tea?
Check out your local grocery for my favorite: Lipton. There’s plenty of others, but I like the way Lipton aims to zip up green tea with variety. They even have a orange, passionfruit & jasmine flavor that’s de-lish!

If drinking tea really isn’t your thing, but you still want the benefits – no problem! Green tea is now available in capsule form, too. This could be as close as your local pharmacy. Check around.

In summation:
In this scientist’s opinion, green tea is well worth your consideration. The simple speculation of benefits is enough to get excited about it. It’s easy to digest, tastes good and, hey, if it helps me with my goal of wellness and illness prevention, I’ll take ample tea time, any day!

Research for this article has been created through careful consideration of research and articles appearing on WebMD and though several working texts which include: